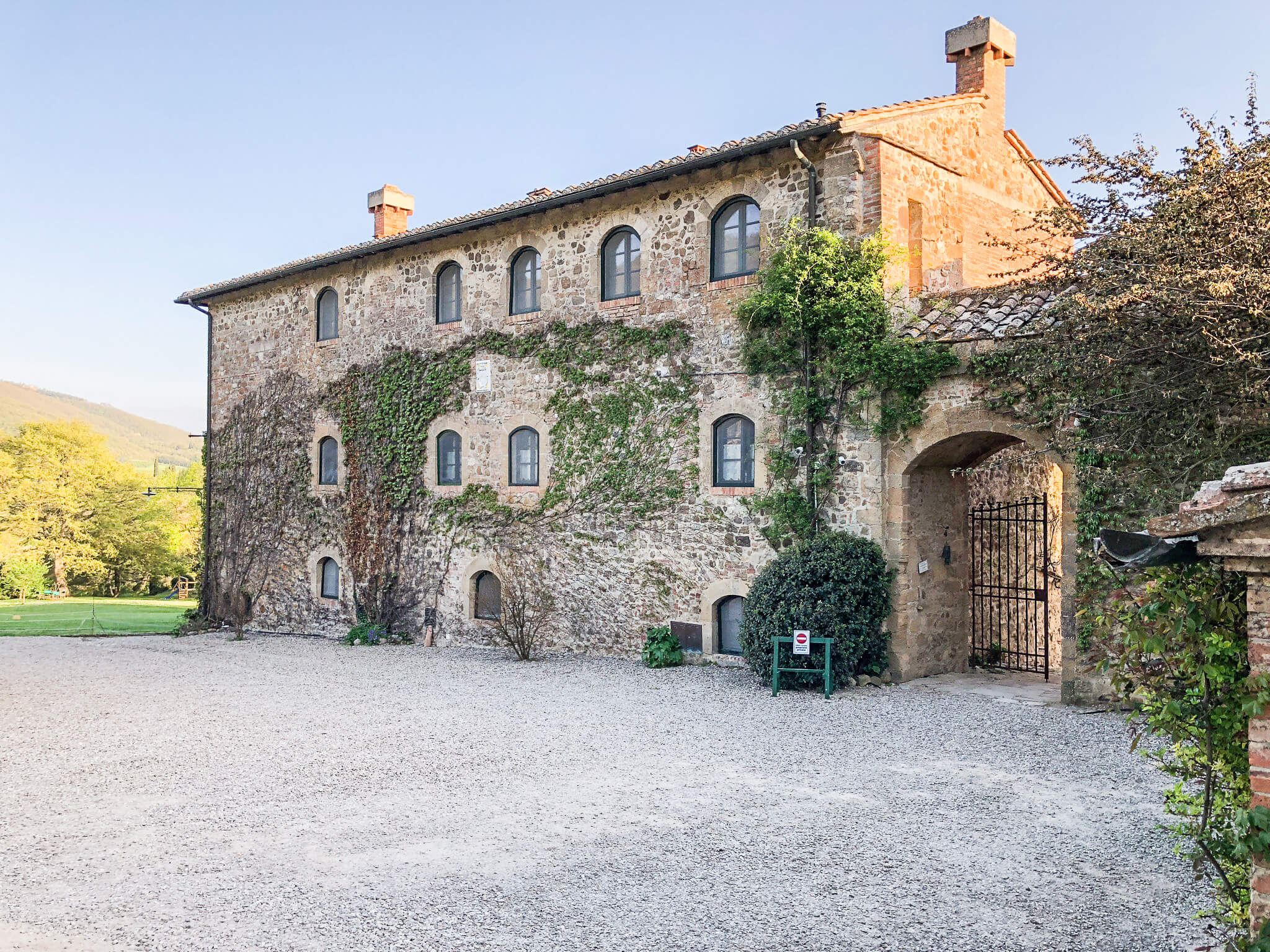 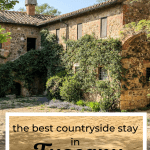 Tuscany is the ideal place to indulge in slower paced travel, which makes it a great destination for families. It was quite possibly our favorite part of our trip to Italy, and our countryside apartment at La Chiarentana a major factor in that. I would highly recommend it to anyone I know looking for a family friendly stay in Tuscany.

La Chiarentana, a sister property to the famed La Foce estate, is nestled in the Tuscan countryside midway between Chiusi and Montepulciano. The estate sits on acres and acres of rolling hillside covered in olive groves and hay fields. While the beautiful scenery creates the illusion of blissfully being hundreds of miles away from anything, in reality, it is only a short drive to conveniences such as a grocery store.

This ideal location made it easy to visit all of the villages in the Val d’Orcia we’d planned to visit, as most were within less than a 45 minute drive. Now, I hear what you’re thinking, “45 minutes in an eternity!”. In reality, the time spent driving flies by because you’re always so mesmerized by your surroundings.

History of the Estate

The villa at La Foce was originally built as stopping point for pilgrims and merchants, but had fallen into disrepair after hundreds of years of wear and tear.  In 1924, newlyweds Iris and Antonio Origio bought the rundown property, along with the surrounding land and associated buildings, and began to restore it.  Iris, being from a weathly English family, was used to beautiful English gardens and hired famed landscape architect Cecil Pinsent to design the grounds.

La Chiarentana was built in sometime in the Middle Ages, with visitors stopping for a night’s rest as early the 10th century .  During the 14th century it became a commune for local families, each family occupying an apartment and livestock being kept in the courtyard.  Located just down the road from La Face, it underwent renovations when the Origios were completing the restorations to the main villa.  This was intended to better the conditions for the farmers living and working on their farms.

After the deaths of both Iris and Antonio, parts of the estate, which at one point totaled over 7000 acres, were sold off.  The remaining parts -including the pre-existing farmhouses -were split between their daughters.  Today those properties make up La Foce and La Chiarentana.

La Chiarentana has been updated to the most beautiful countryside estate.  It consists of the main fortress and five farmhouse scattered about the property.  The main building is made up of six apartments for vacation rental, each with its own layout.

The expansive grounds contain a pool, tennis court, children’s play area, a garden, and farm animals.  Three of the farmhouses can be rented, each with its own pool and garden. I could definitely envision days spent here, never actually leaving the grounds, and enjoying every single minute of it.

Normally, during busy months they host a welcome dinner in the courtyard.  Hearing the description made me sad that we missed out.  It is a candlelit family style dinner with course after course of homemade local favorites, especially their olive oils grown on the farm.  This was not an option while we were there, but they did offer to make us a welcome dinner and leave for us in the apartment.

We decided to take them up on it thinking it would at least be an easy dinner after traveling from Rome.  We were dead wrong.  It was the most amazing, homemade five course meal!  We had caprese salad with local salami, bread, and olive tapenade.  There was a delicious lemony chicken and the best- seriously the best I’ve ever had- lasagna.  It was the lightest most paper thin sheets of lasagna with what we believed to be wild boar instead of beef and topped with just enough cheese.  Panna cotta with fresh berries was left in the refrigerator for desert.

There was enough food that we made two meals out of it.  Having leftovers in the fridge was great as it allowed us to come in after a long day and eat a delicious dinner then play outside with the kids.

We stayed in the Beco apartment in the main building.  Upon entering from the cobblestone courtyard, you enter the enormous open concept living area.  To the right is the traditional eat-in kitchen, with travertine counters and an open firepit for cooking.  There are also all of the updated essentials you could ever need to cook a fabulous meal, including a dishwasher for easy cleanup.  I loved using the traditional stovetop espresso maker every morning.  I felt like a true Italian. Sort of.

The large living area has a fireplace, two sofas and a large dining table.  There was plenty of room for the kids to play.  It wasn’t really cold enough during our stay to warrant using the fireplace, plus we were usually exhausted at the end of the day.  However, I can imagine sitting and reading with a glass of wine with a huge fire going. Maybe next time when we don’t have a one year old.

The hallway to the bedrooms is to the left of the living area.  It has a door which was nice as we could stay up after the kids went to bed.  We were usually exhausted, so an hour was often our max, but you get the idea.  The first bedroom has two twin beds and an ensuite bathroom.  There was still enough room to fit the crib (which they happily supplied).   Across the hall is another bathroom, and the large light-filled master at the end of the hallway.

We loved waking up in the mornings here.  It felt like we were at home with all the space.  We made breakfast and ate in the kitchen, getting ready for the day ahead.  After returning we would open a bottle of wine and heat up dinner (the leftovers if we hadn’t already eaten elsewhere).  We’d then spend the rest of the evening playing outside.

Our daughter loved the tire swing and little man was fascinated by the sandbox.  Both loved walking over to see the horses.  We watched sunsets and played bocce ball.  It was pretty much a dream.

A few things to mention:

I seriously can’t say enough about a family visit to Tuscany, and especially La Chiarentana.  At multiple times we questioned how feasible it would be to move to Tuscany and buy a little farmhouse just like our apartment.  Answer: not really.  I guess somehow those kinds of things need to be paid for.  One day, maybe.

Luckily, we were off to Positano, so it made leaving this dreamy location slightly easier. 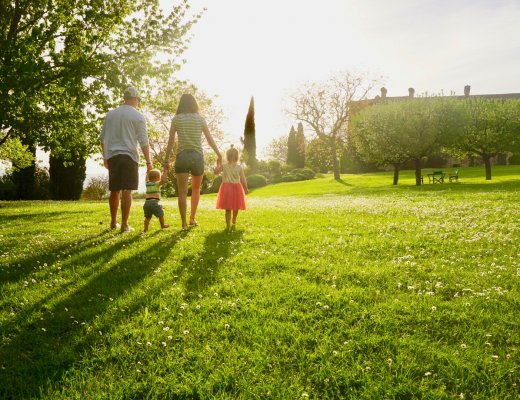 Four Days in Tuscany with Kids 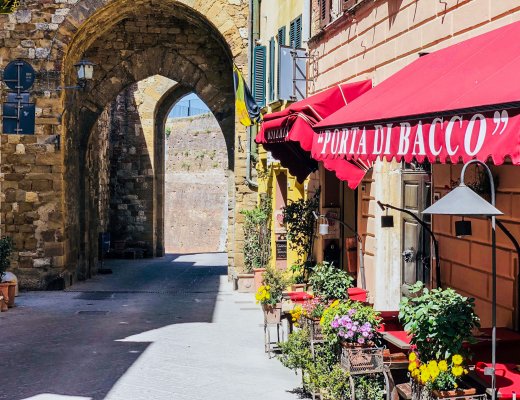 12 Days in Italy with Kids 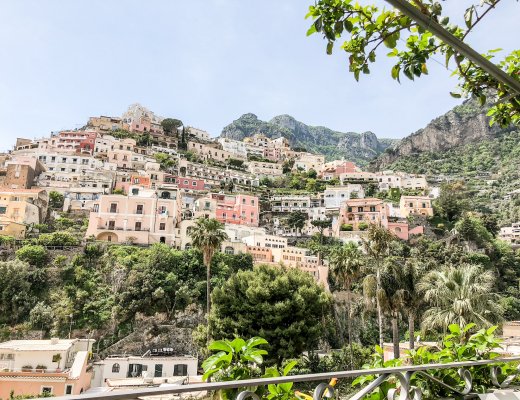 Three Days in Positano with Kids 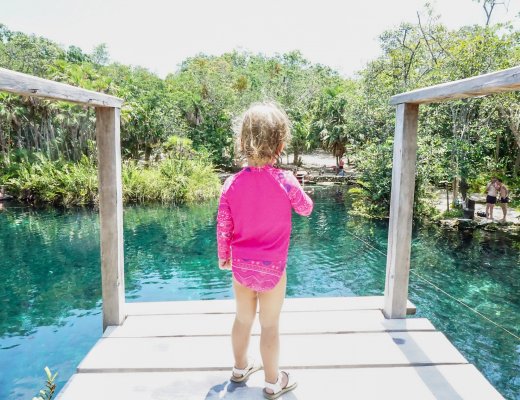 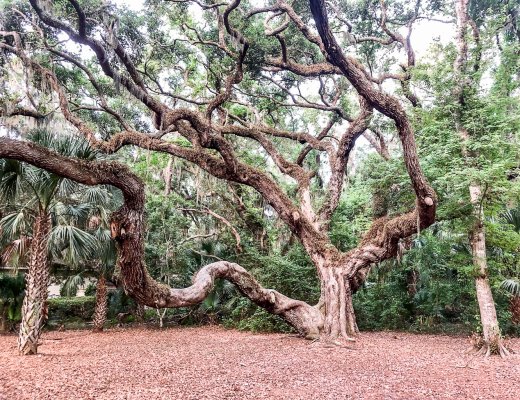 The Guide to Visiting Amelia Island with Kids 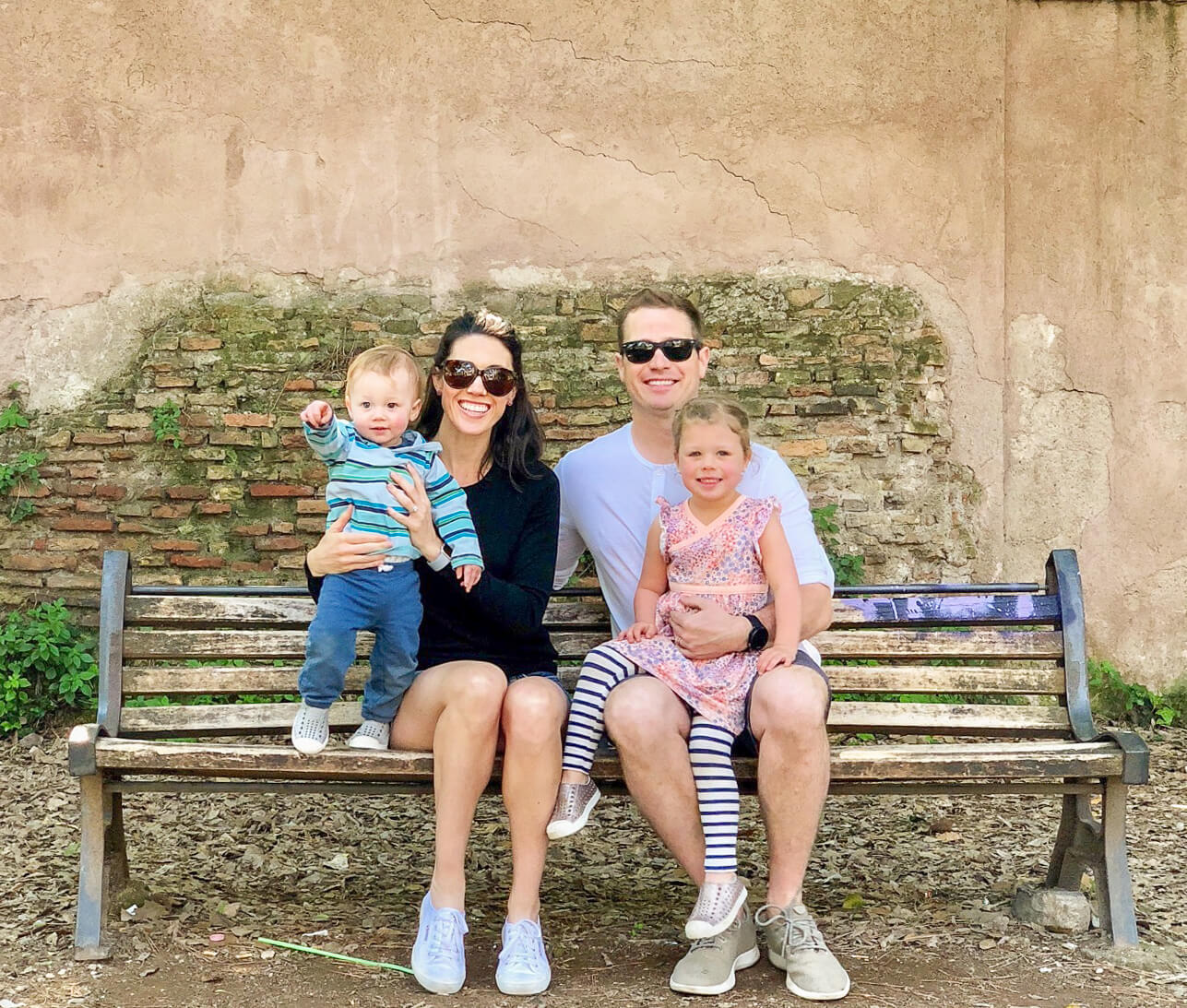 Parents of two juggling full time jobs and a passion for travel. Don't wait until your kids are grown to explore the places you've always dreamed of!